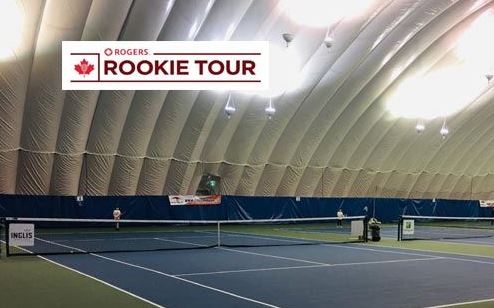 There is 2 events are for Juniors: Future Stars (for Junior Elite Players) - Rogers Rookie Tour (for Juniors Recreational Players)

These events are aimed at players aged 7-10, who may have participated in Rookie Tours before and are ready to move to the next level of competition on orange or green courts. The events focus on match play and are designed to bridge the gap between Rookie Tour events and the provincial level of U10 tournament play. The Round Robin format is used, matches are conducted using proper tennis scoring.

These events are used to introduce kids between the ages of 5-14 to matches, scoring and good sportsmanship. They are aimed at players who are “rally-ready”, i.e. players who are able to sustain basic rallies and play points on red, orange, green and Yellow courts. These are non-elimination events in which players are guaranteed a minimum of 3 matches each, and in which they receive free t-shirts and water bottles. Racquets will be provided for all participants.

Back to all news
Back to top
Close